I am always impressed by the power and beauty of women who are simultaneously coping with hair loss and raising babies.

A few days ago, a woman arrived for a consultation with her eight month old baby girl. Every time I see a mother who is experiencing hair loss, my heart immediately goes out to her – I’ve been in her shoes and I know just how challenging it can be to balance the feelings of overwhelming love for your new baby with the feelings of overwhelming loss for your hair, part of your identity.

I want to take a moment to share this woman’s honest story about her hair loss journey.

This woman’s hair loss began around ten years ago, when she noticed two tiny bald spots near her temples. Though she was later diagnosed with alopecia areata, in the beginning, she didn’t think much of it – she had no family history of alopecia and she did not consider her life to be stressful.

During the first trimester of her first pregnancy, she experienced shedding. After her baby was born, her hair grew back. Occasionally she would lose a bit, but it was fairly minimal. A few years later, when she became pregnant for the second time, she again experienced shedding and also completely lost her sense of smell. She developed Hutcheson's Thyroid Disease, a condition that often makes you feel very tired and depressed. At this point, she was facing a great deal of stress – she was starting a starting a company with her husband while raising young children. She felt overwhelmed and waited to seek out the medical help she needed in order to get her thyroid condition under control. After three years of searching, she found a naturopathic doctor who provided a solution for her. A year ago, she became pregnant for the third time and again experienced hair loss.

She admitted to me that she has good days and bad days, but she has a family that loves her for who she is and her husband is incredibly supportive. We talked about how we both think it's important for our families and partners to see our hair loss as it is, even though it is sometimes hard for us to do. I mentioned to her that I have met women with children and partners who have never seen their hair loss. Although I understand why someone would want to conceal their hair loss, I do believe when we stop hiding it, it frees us from some of the pain that accompanies the loss. It can be so liberating to be bravely and unapologetically be yourself.

This conversation reminded me of something I sometimes wonder about – If my husband knew I was bald, would he have dated me? I lost my hair after I found my partner, but I empathize with women who would like to find a life partner and are experiencing hair loss. To put yourself out there requires such vulnerability and guts.

When this client takes her kids to school or is in public spaces, she prefers to wear her hair in order to avoid looks from the public and the assumption that she’s sick. When she's home, she loves to just wear a comfortable cap with her remaining hair shining through. She mentioned how hard it is to have sleepovers with her daughter’s friends because she prefers to keep her hair loss private from people she doesn’t know well.

Recently, for her 40th birthday, she booked a girls trip to Mendocino with a close group of girlfriends who knew of her hair loss. On the trip, one thing she realized is that all of the women were dealing with their own health issues. She felt gratitude that the only thing she has to deal with is hair loss – a feeling that surprised her.

To feel grateful for hair loss can seem strange, but I really think there's something there. 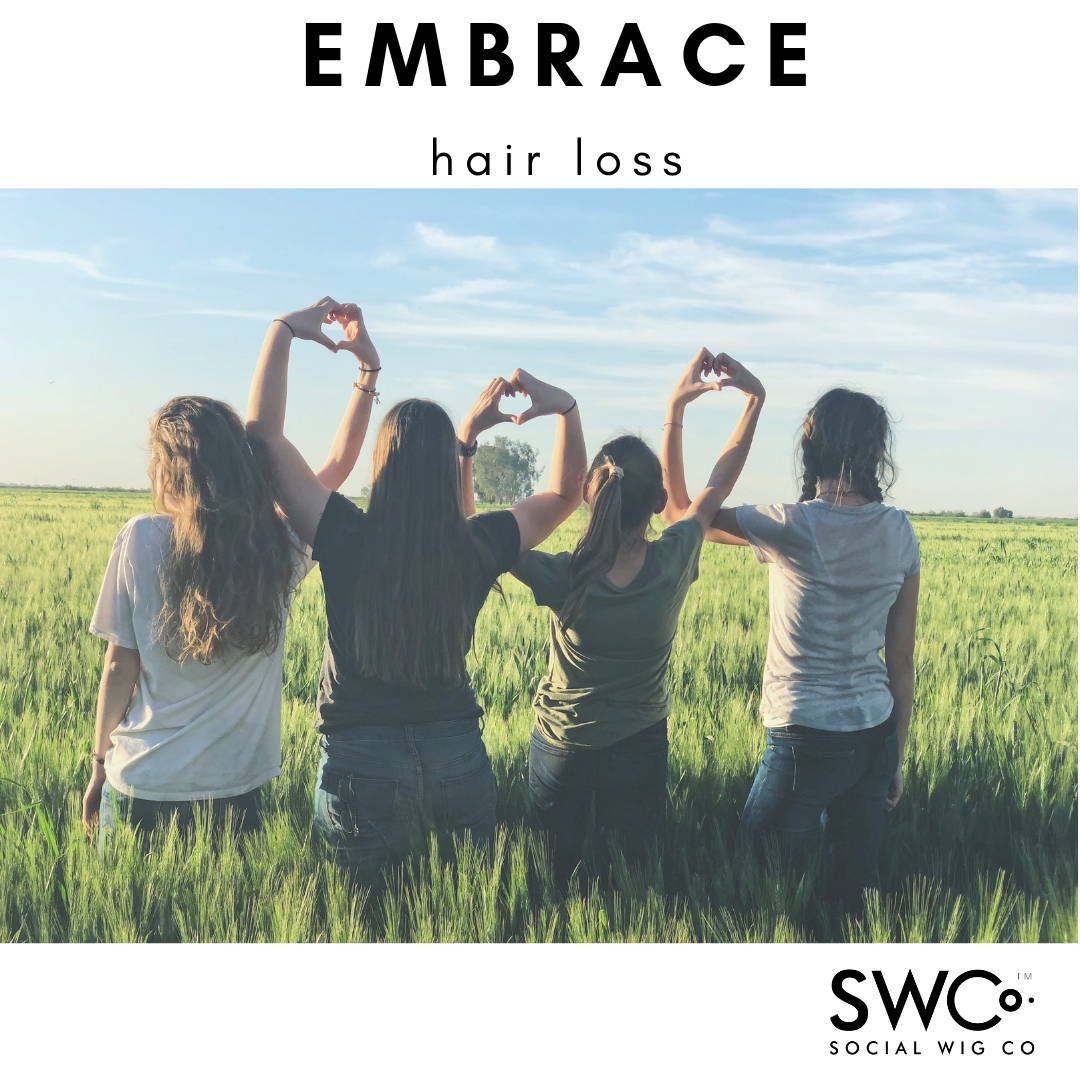